The SSFSA are planning a signage intiative at this site to bring public awareness to the sacredness of this site.  We are aiming to create jobs by training custodians & guides from the Hout Bay community nearby, to help facilitate groups visiting this important site, to ensure a “Tread Lightly” conciousness and appropriate protocols are maintained.  We have already approached the Hout Bay Hangberg community & met with the local Khoi community leaders, and this discussion is ongoing. 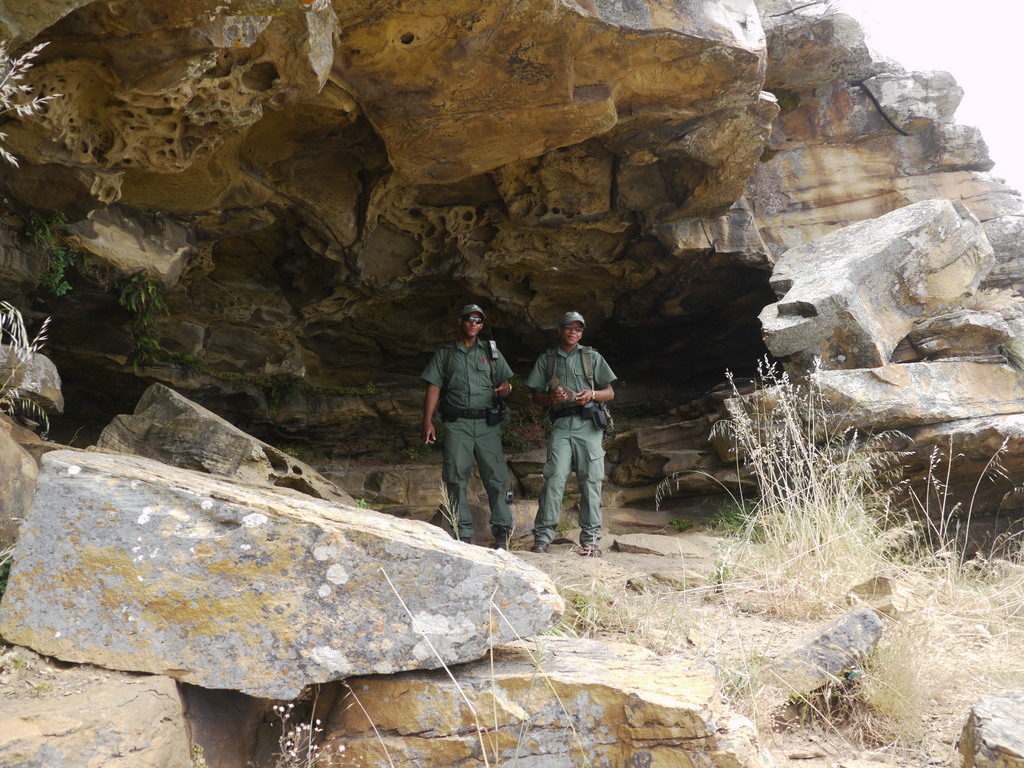 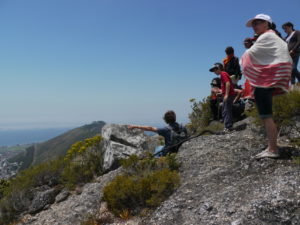 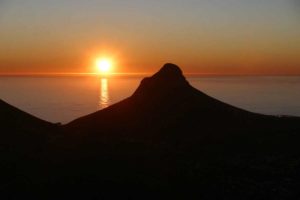 This cave has special significance in the winter months.  During the Noon sun period of the Winter Solstice the eye of the Watchman’s Cave becomes illuminated with the sun, and this profile on the roof of this cave is then reflected on the floor of this cave during this auspicious time.  It is a cave from which the entire north western corner of the Cape Peninsula can be seen, with Robben Island in the distance & the Lion’s Rump on Signal Hill also visible from this area.  It is a prime cave & would have been used ceremonially by the Shaman’s and Sangoma’s.

Archaeoastronomical research by Dean Liprini shows that the Lion’s Head Watchman’s Cave is of prime importance due to it’s location on the side of the head of the “Great Lion” which guards the Gateway between Table Mountain & the ocean.  The Watchman Cave has been so named due to it’s location, facing North West & capturing the sun each day after noon.  The profile on the roof of this cave is of great significance, with the noon sun on the Winter Solstice lighting up the eye of this profile & then the floor of the cave.
Further down this hill there is a Giant Head which has an eye socket facing the western sky and capturing the light of the sun every afternoon during the summer months.  This eye light hits the floor of a small cave & then travels up the wall beside it, creating a “Sundial” effect.  Ancient people were invoved in ceremony at these two important Sacred Sites.

Project Progress Report:  Sunday 2nd December 2012 – Brent Thomas & Sharlene Malan joined the SSFSA on their second training hike.  We took a group of 15 to the Lion’s Head Watchman’s Cave & Granite Skull.  Sharlene & Brent have expressed a specific interest in helping with the School Awareness project which we launch in Feb 2013, where we will do a lecture tour of local schools to create awareness.  We have Funding Proposals to raise funding for students to do a One Day Sacred Site Tour to this cave & Granite Skull, please contact us if you wish to make a donation to these School Tours.