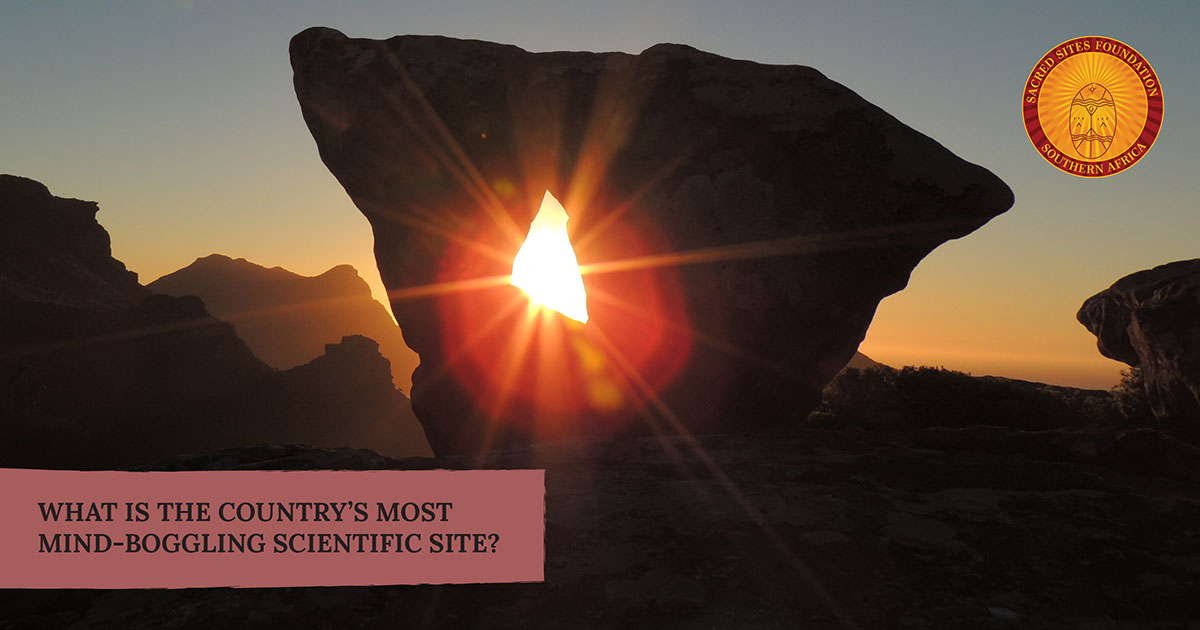 This is one of many prehistoric sites that have been found in the Hout Bay valley area, there are many other shelters in the Karbonkelberg & the Vlakkenberg range, which attests to the many early communities that inhabited this area.  Many artifacts from the surrounding area can be seen in the Hout Bay Museum.  The presence of fresh water all year round in Hout Bay, along with the abundant fishing & hunting grounds made this area a paradise for the ancient people.  The valley was full of trees and was named Hout Bay by the Dutch (Hout = Wood), the indigenous forests would have included giant Yellow Wood, Black Wood, Iron Wood & other magnificent species which now can only be found in the Orangekloof area at the neck of Hout Bay Valley (permits from Table Mountain National Park to hike in the Orangekloof Area).

This Grailstone is a significant site and it lies in an inaccessible area, difficult for most people to reach.  It is also a central stone in the mystery of the Diamond Light Grid which works around Table Mountain. SSFSA will continue to research & document its findings on this sacred site & make this information available but will only permit limited access to this stone due to the sensitivity of this particular site. 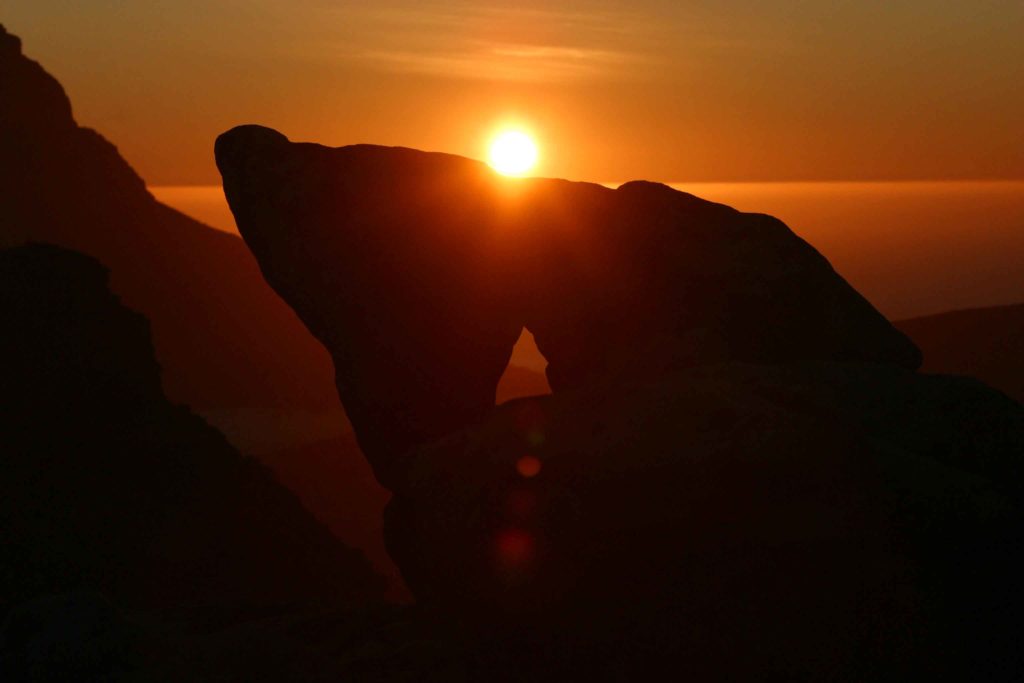 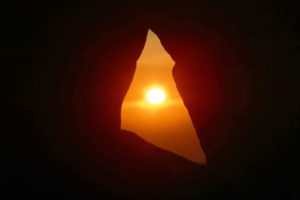 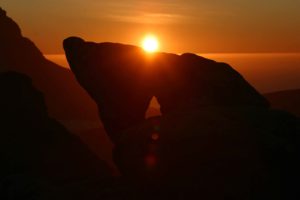 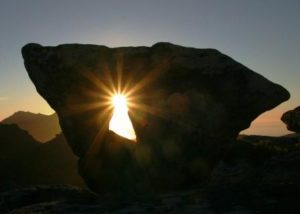 Stone Age tools going back over 100 000 years have been found in caves and shelters surrounding Hout Bay.  Many Khoi and San artifacts ostrich egg shell beads, holed stones, grinding stones stained with Red Ochre, and much more have been found.  There are many shelters in the mountains of Hout Bay, the Karbonkelberg & the Vlakkenberg range, which attests to the many early communities that inhabited this area.  Many artifacts from the surrounding area can be seen in the Hout Bay Museum.  The presence of fresh water all year round in Hout Bay, along with the abundant fishing & hunting grounds made this area a paradise for the ancient people.

The Hout Bay Grailstone forms the central key stone to the diamond of light grid that surrounds Table Mountain.  It forms the central axis point of North South East West, alligning to both the Winter Solstice sun set and the Equinox sun set.  The Grailstone is a inverted equilateral triangle with a rectangular hole through the centre – this hole holds the dimensions of the Golden Mean when viewing the Winter Solstice sun set.

When viewing the Equinox sun set, the Grailstone is an inverted equilateral triangle with an upward pointing right angled triangle, symbolising in this one stone both the downward pointing triangle of the female (the moon, water, Great Mother & the female pubic triangle), and the upward pointing triangle of the male (a single eye within a triangle can be seen as the Eye of God, the All Seeing Eye, masculine solar sign, fire, mountain & ascent).  It is called the Grailstone due to the overall shape an inverted equilateral triangle – that represents the heart, being shaped like a vase into which love is poured in, or in which love may be carried, in this sense it links to the Holy Grail legend.

This stone has been wedged into a crack on a flat plateaux (it did not fall) the sedimentary layering is at standing perpendicular at 90 degrees to the surrounding layers. It is positioned to mark the geographic western most edge of the peninsula, and the Equinox Sunset, so is not only Astronomically aligned to Due west but geographicaly as well! Who ever or whatever placed this stone in position must have had a profound understanding of astronomy as well as an amazing geographic overveiw of the entire Peninsula. This sacred stone is a smoking gun and shows there was a lot more going on here than meets the eye.  Research by Dean Liprini, who has compiled a thesis that includes his findings of the “Grail Stone”.