A new discovery of an ancient circular monolithic stone calendar site in Mpumalanga has proven to be at least 75,000 years old, pre-dating any other structure found to date. Southern Africa holds some of the deepest mysteries in all of human history. What we are told is that at around 60,000 years ago the early humans migrated from Africa and populated the rest of the world.

Who were these first humans? What did they do? And where did they disappear to?

It estimated that there are well over 1,000,000 (one million) ancient stone ruins scattered throughout the mountains of southern Africa. Various tools and artefacts that have been recovered from these ruins show a long and extended period of settlement that spans well over 200,000 years.

Many of these artefacts that include, coins, carvings, swords, symbols, head rests, bowls, statues and more, show that virtually every ancient culture was present here in southern Africa at some point in history. This includes the Sumerians, Egyptians, Phoenicians, Romans, Greeks, Arabs, Dogon, Dravidians, and even the Incas. The most spectacular examples of these ancient ruins lie between Machadodorp and Waterval Boven, Mpumalanga.

Modern historians have been speculating about the origins of these ruins, often calling them ‘cattle kraal of little historic importance’. 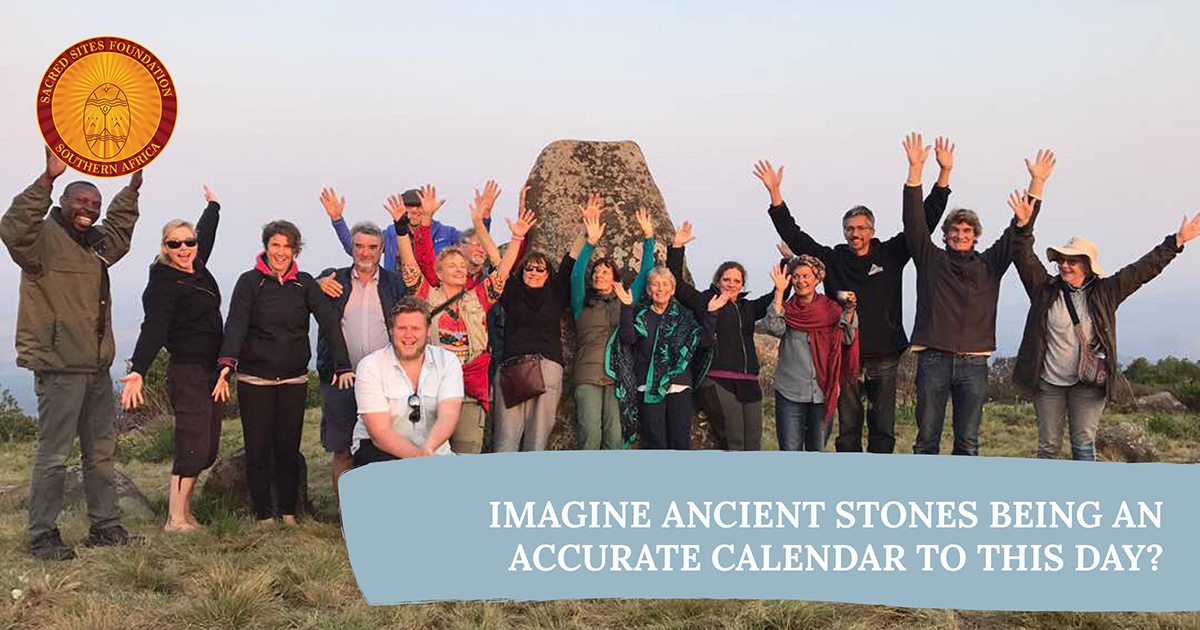 The truth of the matter is that closer scientific inspection shows that we actually know very little about these spectacular ancient ruins. While many have been adapted by more recent arrivals or inhabitants over the past 500 years, the original “stone circles” have no doors or entrances while most are connected by an expansive network of mysterious channels that are often misinterpreted as “roads” by some historians. Furthermore, this massive connected grid of circular ruins are immersed in a seemingly never-ending expanse of ancient agricultural terraces that surround the structures and seem to be an extension of the ruins. It is a great tragedy that countless ruins have been destroyed by human development and industry through sheer ignorance but some farmers and forestry companies have started to protect a small number of these ruin as they recognise their importance in human history.

Adam’s Calendar is the flagship among these ruins. This spectacular ancient site is aligned with the N,S,E,W cardinal points of planet Earth, solstices and equinoxes. It is still accurate as a calendar by following the shadow of the setting sun, which is cast by the taller central monolith onto the flat calendar stone beside it. It has been dated with relative certainty to at least 75,000 years of age based on a number of scientific evaluations.

The calendar was re-discovered by Johan Heine in 2003 and named by Michael Tellinger as Adam’s Calendar because it is possibly the oldest structure on Earth that is linked to human origins. It has however been known by African elders, indigenous knowledge keepers and Shaman as “The Birthplace of The Sun”, or “Inzalo y’Langa” where humanity was created by the gods.

From a geological perspective, Adam’s Calendar presents us with undeniable geophysical evidence that our planet has undergone a crustal shift, or crustal displacement at some turbulent time in our past. This is when the north-south axis of the planet actually moves to a different position. This was proposed in the work of Charles Hapgood in the 1950s, which was strongly supported by Albert Einstein, suggesting that the Earth’s crust shifts from time to time, moving the polar axis of the planet with it.

Adam’s Calendar also presents the first tangible evidence of consciousness among the earliest humans in the ‘Cradle of Humankind’ while some of the tools suggest that they had a much better understanding of the laws of nature than we have today. The site is built along the same longitudinal line as Great Zimbabwe and the Great Pyramid of Giza in Egypt, suggesting a connection between those ancient civilisation and the builders of all three of these sites.

The stone ruins of southern Africa present us with a very exciting missing piece of the puzzle regarding the murky origins of humankind and possibly point us in the right direction to discover the true cradle of humankind.

Adam’s Calendar: This is possibly the only example of a functional, mostly in-tact monolithic stone calendar in the world. The founder of Adam’s Calendar, Johan Heine, observes as the shadow of the setting sun on the summer solstice 21 Dec. As the sun sets the shadow slides off the edge – only to resume its path back to the opposite edge where it stops on the winter solstice, 21 June.