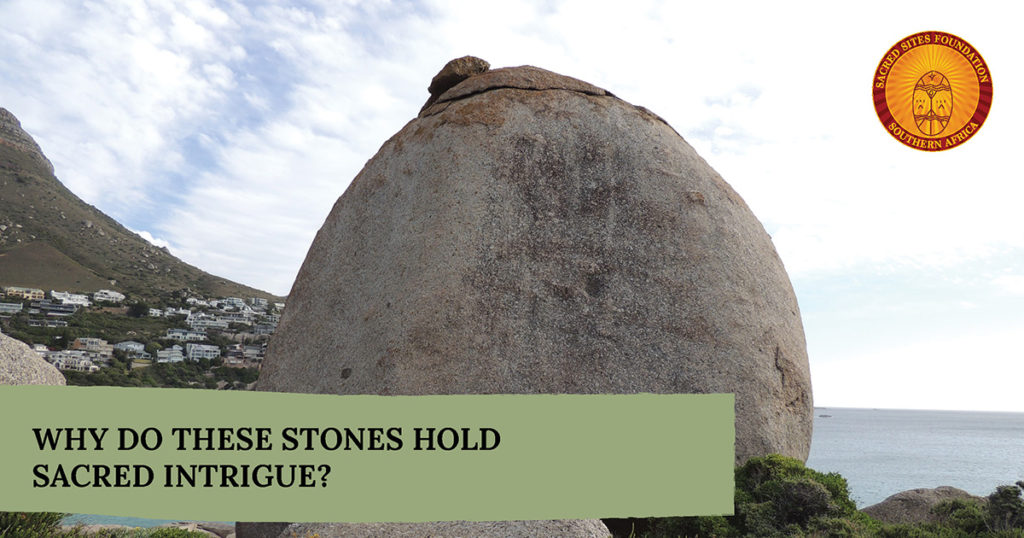 OUR CUSTODIANSHIP AND COMMUNITY INITIATIVES FOR: The Great Motherstone, Llandudno

The SSFSA are planning a signage intiative at this site to bring public awareness to the sacredness of this site.  We are aiming to create jobs by training custodians & guides from the Hout Bay community nearby, to help facilitate groups visiting this important site, to ensure a “Tread Lightly” conciousness and appropriate protocols are maintained.  We have already approached the Hout Bay Hangberg community & met with the local Koi leaders, and this discussion is ongoing.  One of these was John Roberts (who sadly passed away in the Oct 2012 Hout Bay cruise boat tragedy), but out of this terrible accident we have met his friends, Brent Thomas and Sharlene Botha, who are now officially the first Community Custodian Guides on this program.

If you would like to support and sponsor these two Community Custodian Guides training, please go to our Donation page.

Project Progress Report:  Wednesday 2nd December 2012 – Brent Thomas joined the SSFSA on his 3rd training hike.  We took a group of 4 to the Suikerbossie Watchman’s Cave & Equinox Rocks.  Brent has expressed a specific interest in helping with the School Awareness project which we launch in Feb 2013, where we will do a lecture tour of local schools to create awareness. 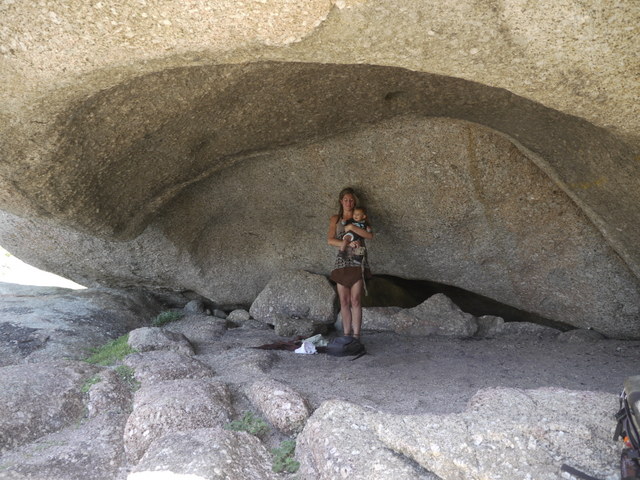 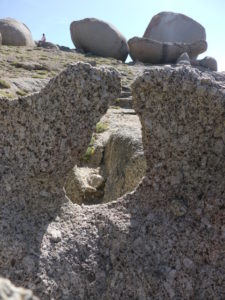 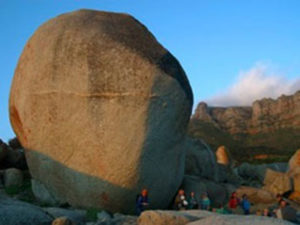 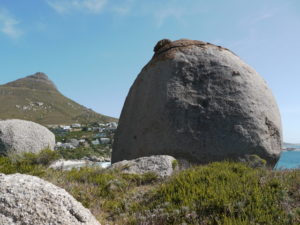 The Logies Rock Shelter in Llandudno was researched by archaeologists.  Amongst their findings were red ochre, ochre stained grinding stone, pottery & beads, and shell middens.  One can see these shell middens outside the cave entrances.  The smoothness of the granite cave floor indicates the cave was used by many people over hundreds and thousands of years.

Archaeoastronomical research by Dean Liprini shows that the great Motherstone, which is near the cave, is the largest standing monolithic stone on this mini peninsula of Logies Rocks.  The Motherstone has been so named due to it’s shape, seen as a diamond lozenge when looking at it from west to east position.  The diamond shape is an ancient symbol of the female reproductive area.  There is a seam of white quartz that winds around the Motherstone, anchoring into a blackened nadis / bellybutton like energy point, representing the umbilical chord and fertility aspects of the Motherstone.  When viewed from the north to south direction, the great Motherstone appears to be a huge breast, complete with nipplecap, reinforcing the fertility status of this site.  The fact that red ochre was in use, confirms that the ancient people were invoved in ceremony at this important site.  The top of the Motherstone is lit by the first rays of the Summer Solstice sun rise, passing through the gateway between Little Lions Head & the south west corner of Table Mountain.