OUR CUSTODIANSHIP AND COMMUNITY INITIATIVES FOR: Tsodilo Hills Serpent Cave

We have run sacred journeys to this ancient sacred Mountain Tsodilo Hills, met with the communities and have befriended the guides. we are acting as a watchman as developments start to happen and are communicating to the local people and decendents of the ancestral Bushman San people that they need to be involved with these developments and be one of the key players in the decision making. Ensuring that they are fully and fairly invoved with the process. 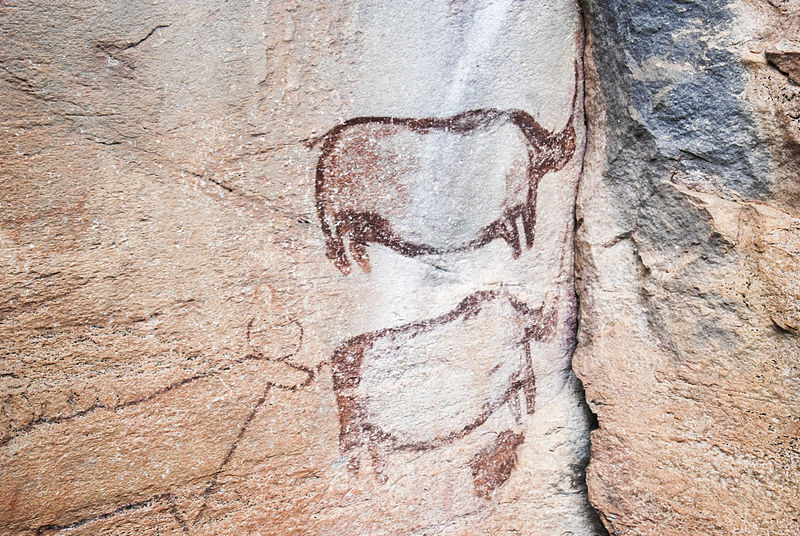 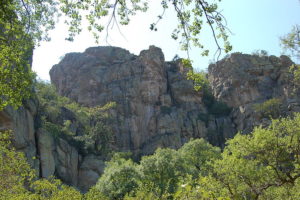 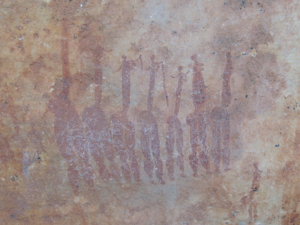 There are hundreds of rock art sites adourning the Tsodilo Hills and recently an archeologist escavated in the Serpent cave unearthing stone artifacts and spearheads dating back 70 000yrs making it one of the oldest spiritual gathering sites in the world.

It is said by Baba Credo mutwa who did ceremony here when he was very young that the serpent a Great Rock Shaped Python (that appears to have scales scraped out by shamans) was a  representation of the Milky way a conduit to the star realms and beings…where prayers were asked by pilgrims uttered to the serpent to bring them plenty of food for their families and keep them safe and bear them healthy children.

This is one of the earliest know sacred sites, this Serpent cave said to be a sacred gathering place for over 70 000 years.

From Sheila Coulson of the University of Oslo – Archaeology research:
“A startling discovery of 70,000-year-old artifacts and a python’s head carved of stone appears to represent the first known human rituals.

Scientists had thought human intelligence had not evolved the capacity to perform group rituals until perhaps 40,000 years ago.

But inside a cave in remote hills in Kalahari Desert of Botswana, archeologists found the stone snake [image] that was carved long ago. It is as tall as a man and 20 feet long.  “You could see the mouth and eyes of the snake. It looked like a real python,” said Sheila Coulson of the University of Oslo. “The play of sunlight over the indentations gave them the appearance of snake skin. At night, the firelight gave one the feeling that the snake was actually moving.”

The bigger surprise: More significant, when Coulson and her colleagues dug a test pit near they stone figure, they found spearheads made of stone that had to have been brought to the cave from hundreds of miles away [image]. The spearheads were burned in what only could be described as some sort of ritual, the scientists conclude.

“Stone age people took these colorful spearheads, brought them to the cave, and finished carving them there,” Coulson said today. “Only the red spearheads were burned. It was a ritual destruction of artifacts. There was no sign of normal habitation. No ordinary tools were found at the site.”

The discovery was made in a remote region of Botswana called Tsodilo Hills, the only uplifted area for miles around. It is known to modern Sanpeople as the “Mountains of the Gods” and the “Rock that Whispers.” Their legend has it that mankind descended from the python, and the ancient, arid streambeds around the hills are said to have been created by the python as it circled the hills in its ceaseless search for water.

That legend made the discovery of the stone python all the more amazing.
“Our find means that humans were more organized and had the capacity for abstract thinking at a much earlier point in history than we have previously assumed,” Coulson said. “All of the indications suggest that Tsodilo has been known to mankind for almost 100,000 years as a very special place in the pre-historic landscape.”

Yet another surprise: The scientists found a secret chamber behind the python carving. Worn areas indicate it’s been used over the years.

“The shaman, who is still a very important person in San culture, could have kept himself hidden in that secret chamber,” Coulson explained. “He would have had a good view of the inside of the cave while remaining hidden himself. When he spoke from his hiding place, it could have seemed as if the voice came from the snake itself. The shaman would have been able to control everything. It was perfect.”

The shaman could also have made himself disappear from the chamber by crawling out onto the hillside through a small shaft, the scientists found.

Paintings in the cave appear to support part of modern San mythology.
While cave paintings are common in the Tsodilo Hills, inside the python cave there are just two small paintings, of an elephant and a giraffe. The images were painted at the exact spot where water runs down the wall.

One San story has the python falling into water, unable to get out. It’s saved by the giraffe. The elephant, with its long trunk, is often a metaphor for the python in San mythology.

“In the cave, we find only the San people’s three most important animals: the python, the elephant, and the giraffe,” Coulson said. “That is unusual. This would appear to be a very special place. They did not burn the spearheads by chance. They brought them from hundreds of kilometers away and intentionally burned them. So many pieces of the puzzle fit together here. It has to represent a ritual.”